The solution is to install and use the License Manager normally used for Multi-User Licensing.

We sincerely regret any inconvenience this issue may have caused.

Please note that version v4.2.1 was released in 2006, and users are strongly encouraged to upgrade their PSCAD application to v4.5.4, which was released in December 2014.

On the machine(s) which you were running PSCAD 4.2.1 in using self-licensing mode, please do the following:

1) Shut down all instances of PSCAD
2) Download the latest License Manager from this link: http://updater.pscad.com/utilities/LM135.zip
3) Unzip the files into some temporary folder
4) Right click on setup.exe and select Run as administrator
5) When prompted to install/update any licenses (see image below), select No – don’t install/update any licenses, and the License Manager will use the same licenses previously used by PSCAD self-licensing. 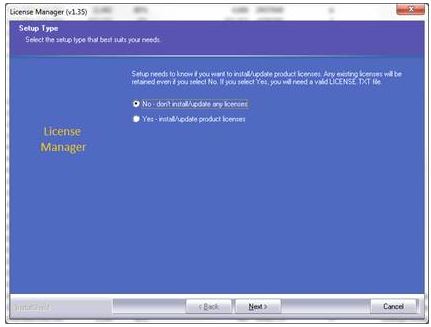 Thank you for your understanding.

Tutorials, webinars, and overviews of our entire product suite